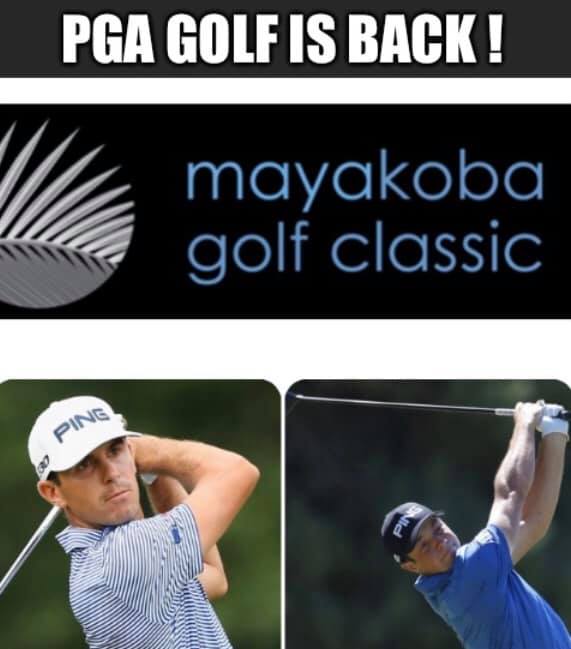 We are back after a little break. Back from the Asian swing for a couple of events before the big break.

This week we are in Mexico for the Mayokoba Classic. The field is pretty thin but there a few names kicking around and some picks we like.

Viktor Hovland 20-1: This young gun is going to win soon and this week will be a great chance. Field is a tad thin and this kid can play. He has been buzzing over the last few months. I expect him to be in the mix with a good shot at a win.

Billy Horschel 20-1: Billy has played this event four times with a couple of top 25’s in those starts. So we know he is familiar with the track. He is also in good form with four top tens in his last 8 starts. Horschel can get it done so let’s ride the 20-1.

Tony Finau 20-1: Finau is one of the big names teeing it up. He was just selected to the Presidents Cup team so he will be riding a high. He also has played this track before and has two top twenty finish and one being a top ten.

Abraham Ancer 28-1: Lets go with a little local flavour. Ancer has some game and he won last year in Australia so this time of year seems good to him. He also had a top five finish in the recent WGC event so he is playing well. Great crowd support should help his cause.

Charles Howell III 28-1: These May be the best odds on the board considering his record here. Chucky has 3 top tens here and four more top twenties. Couple that with his recent good results and away we go. My only concern is his ability to close but get in the mix and let’s see.

Scott Scheffler 33-1: Another young gun to keep an eye on. He also has been around leaderboards lately as witnessed by his 62 in Bermuda. He has some game and is eager to join the young guys with a victory.